How much payback should I expect from solar generation?

There are several factors that play into the generation of a solar array and the overall return on your investment.

Example: A3 Kw system costing $9,000 would currently be eligible for a 30% federal tax credit. Assuming you generate 350 kilowatts on average each month, you could reduce your electric bill about $460 annually. Your investment after tax credits for the above scenario would be $6300.00 and you could get $460.00 value annually for a payback of 13.7 years.

How much energy does FBEMC buy from renewable generation customers?

Currently, there are nearly 100 FBEMC member owned renewable energy generation sites generating 725,000 kilowatt hours of electricity per year. This is equivalent to the amount of power used by 80 homes. The Capitola Hydro plant in Marshall and the Buncombe County Landfill are not included in these numbers.

What should I do first to install a solar system?

Jumping into the world of solar options? Let us be a resource for you.

Will French Broad EMC purchase power from me?

Yes. Any residential or small commercial member can install a solar system and interconnect to our electric grid. Solar panels are connected directly back to French Broad EMC’s power lines through a meter and transformer. Each kilowatt generated is recorded on the meter and the total is calculated each month. The member is sent a billing statement showing the generation amount along with a check.

For many years now, French Broad Electric has been taking advantage of the “free fuel” the earth provides to assist in meeting our member’s energy needs. Our long standing contract with the Southeastern Power Administration (SEPA) has provided our members with low cost, reliable hydroelectric power. Our Cooperative owned and operated hydro facility on the French Broad river has been in operation since 1980 also supplying electricity to our customers to reduce our need for fossil fuel based generation. For the last three years, the Buncombe County landfill gas generator has been connected to our electric distribution system, adding millions of kilowatts to our system on an annual basis. Since 2007 when a North Carolina state law was passed that required utilities to have part of their generation sales derived from solar generation, over 100 member owned solar systems have been connected to our electrical grid. French Broad EMC will allow any residential or small commercial customer to connect their solar generation to the electrical grid with our generation rates. 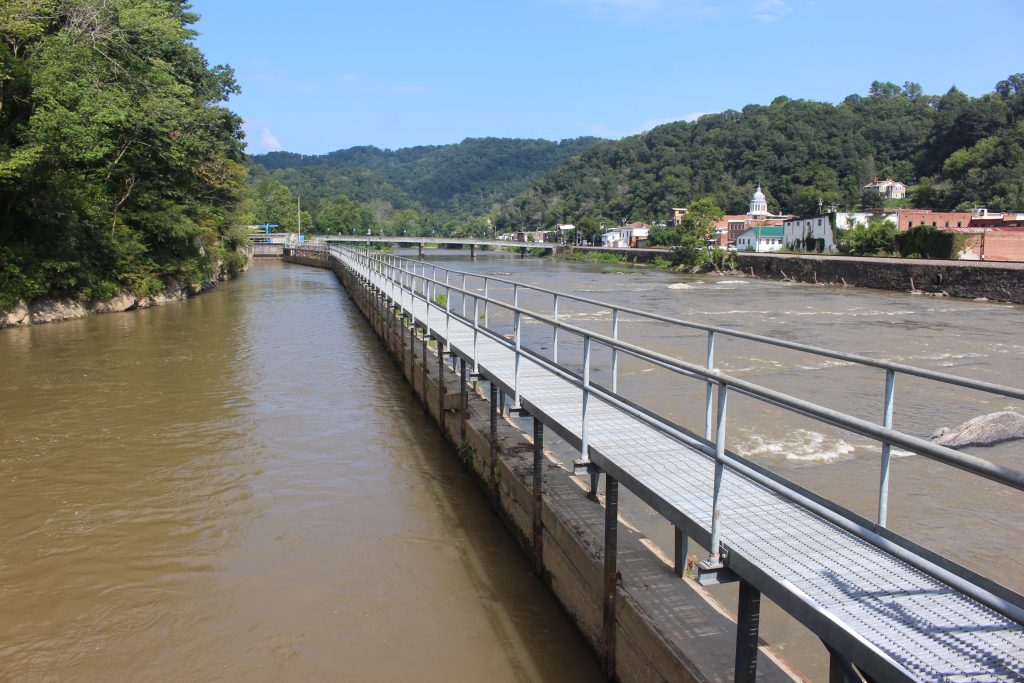 As laws are possibly passed and solar panels become more affordable in the future, there are two major questions that have to be addressed to determine if solar power is a viable alternative to traditional generation, i.e nuclear, coal, and natural gas. First, who will provide the backup generation necessary to insure an uninterrupted supply of electrical energy? Second, who will pay for the infrastructure necessary to transport the energy from the solar generating facilities to the end use consumer? Both questions come down to who will pay for the investments to ensure reliability while keeping rates low?

A key issue is that solar is only available for a few hours on sunny days. In the winter, French Broad EMC and other North Carolina utilities peak in the early morning hours before the sun comes up. In the summer French Broad EMC peaks in the late afternoon and early evening, after the sun has gone down. Solar is not producing during this time period, and as for now, there are no storage batteries capable of providing continuous energy. For every kW of solar panels there has to be another kW of conventional generation to insure no service interruption. What will back up solar generation that will only operate during the day—when it’s sunny— and who will pay for it?

The second major hurdle to transporting solar power across the state is infrastructure. Every FBEMC member has made an investment, through their monthly electric bill and the equity it affords, in building and maintaining the cooperative’s infrastructure–the transmission lines, substations, distribution power lines, meters, and even customer service and billing mechanisms needed to deliver generation from the power plant to the coop member. A “solar utility” without its own transmission and distribution system would rely on your infrastructure. How the use of other utility’s infrastructure is paid for and what impact that use might have on system reliability must be answered.

All North Carolina cooperatives encourage the smart implementation of renewable energy. French Broad EMC has always been a leader in North Carolina when it comes to renewable energy. However, we have to be careful that winners and losers are not created with the wrong approach. Cooperatives have only two primary purposes; to provide reliable electric energy to our members, and to keep the cost for that energy as low as possible.